How Actyx changes the game

Whilst the short-term effects of the corona pandemic are already strongly felt by enterprises and government emergency measures are trying to alleviate them, Actyx has attempted to estimate the medium to long-term effects of the corona pandemic on the manufacturing industry by conducting a survey among industry experts. The majority of respondents agree: Corona is an accelerator for digitalization and automation. 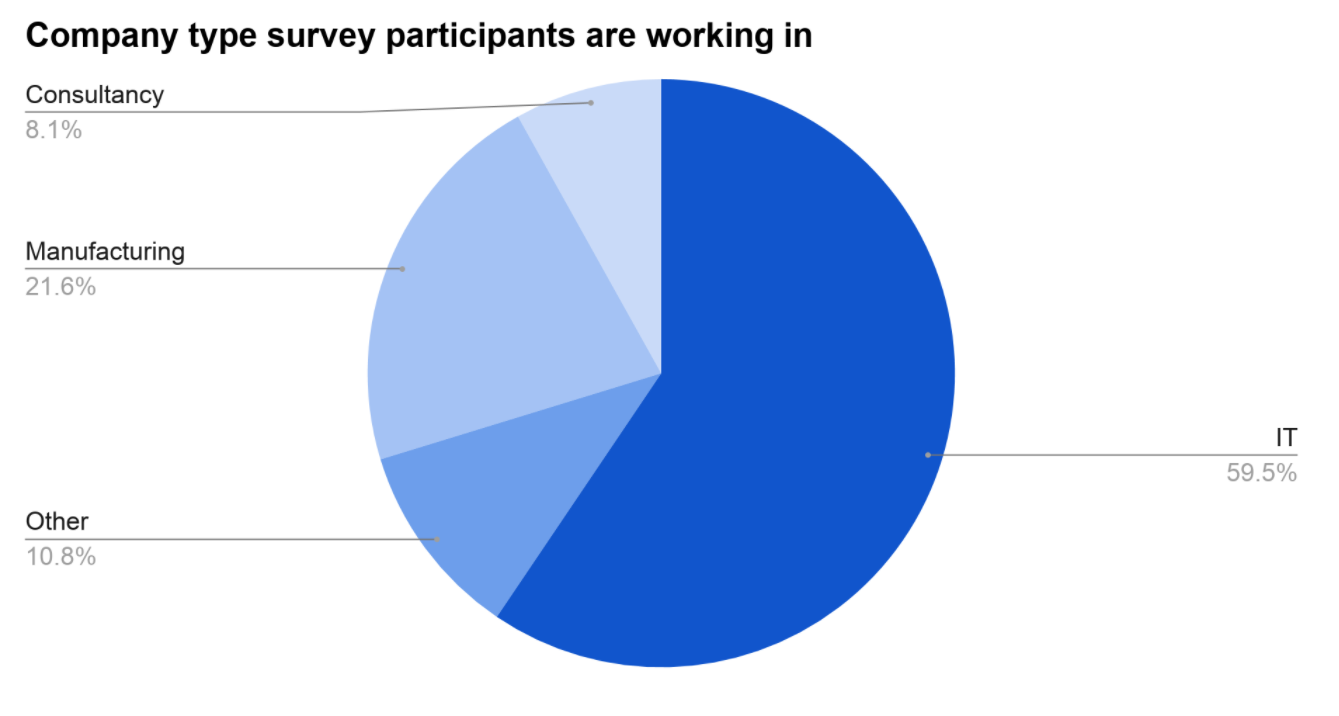 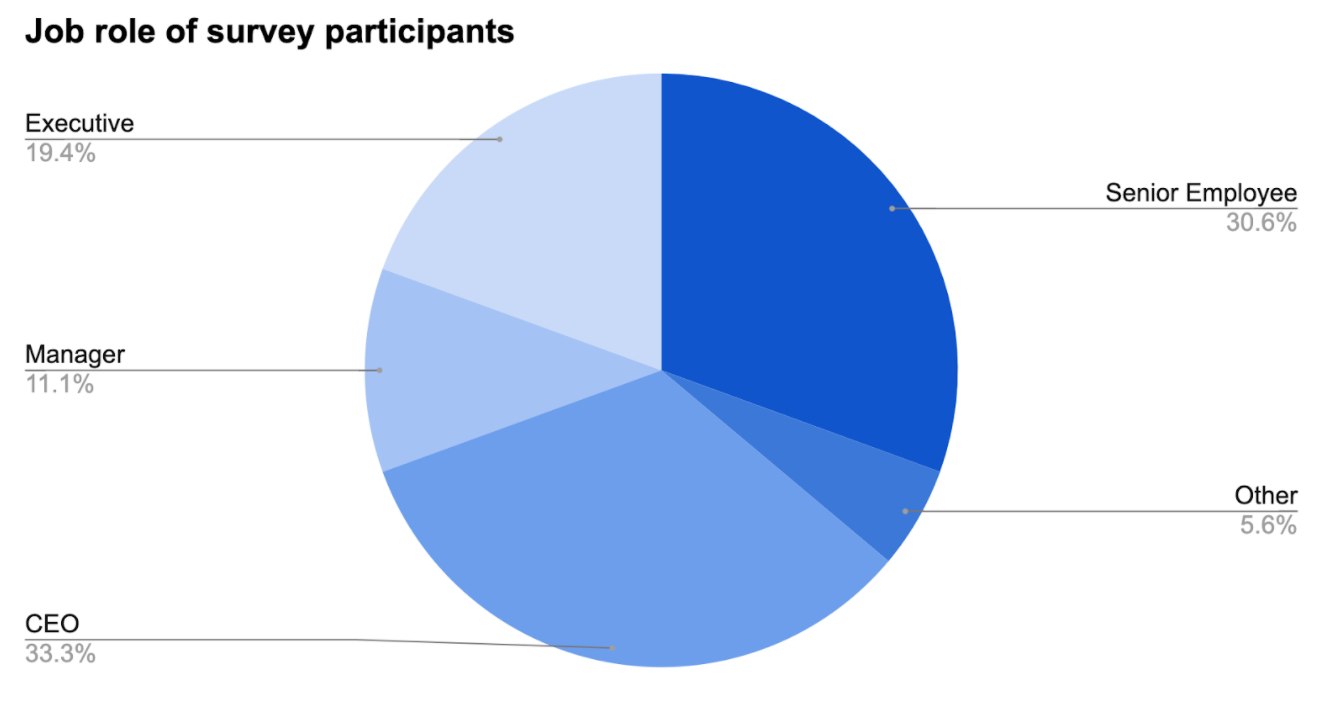 ⅔ of the surveyed industry experts and decision-makers (total: 37 participants) from the manufacturing industry, IT service providers and consulting firms stated that Corona will have a significant negative impact on sales in the next 3 months. However, a majority (56.8%) expects that the corona crisis will not cause any long-term damage and that sales will return to normal within the next 12-24 months. Almost 20% even expect demand to increase through Corona over the same period. 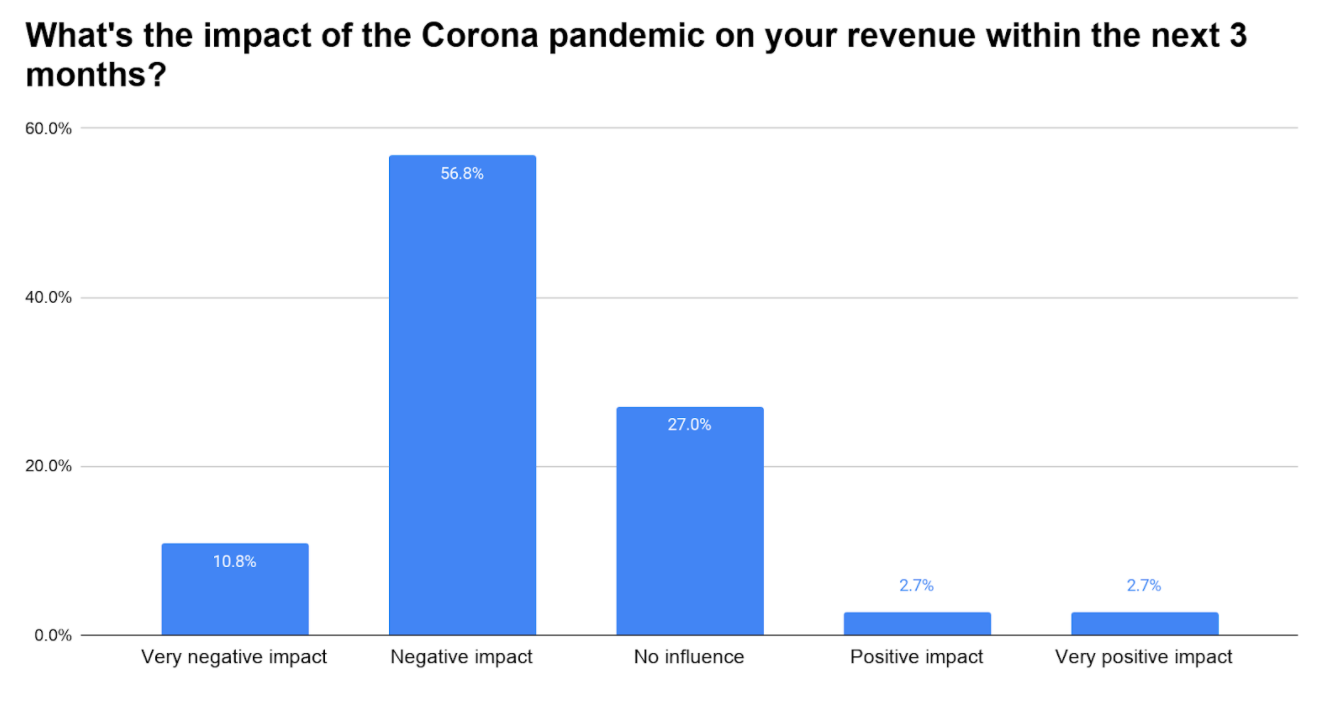 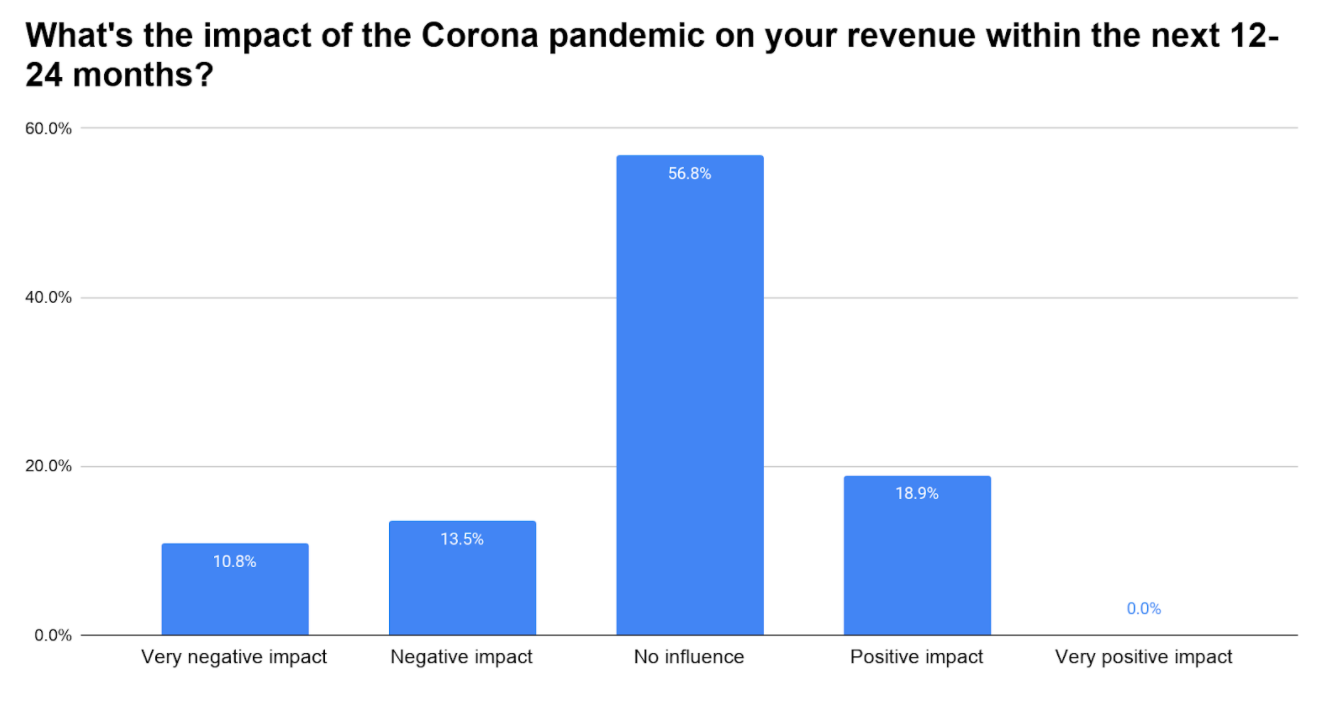 A similarly clear picture emerges with regard to the question of the extent to which the digitization of factory processes is influenced by the corona pandemic. Almost 70% of the respondents expect an acceleration in the next 12-24 months. However, the experts were not equally unanimous as to whether the degree of automation in production will increase to the same extent. Whilst a good half (54%) of the experts expect automation to accelerate, almost one-fifth believe that corona will slow down the implementation of automation solutions. 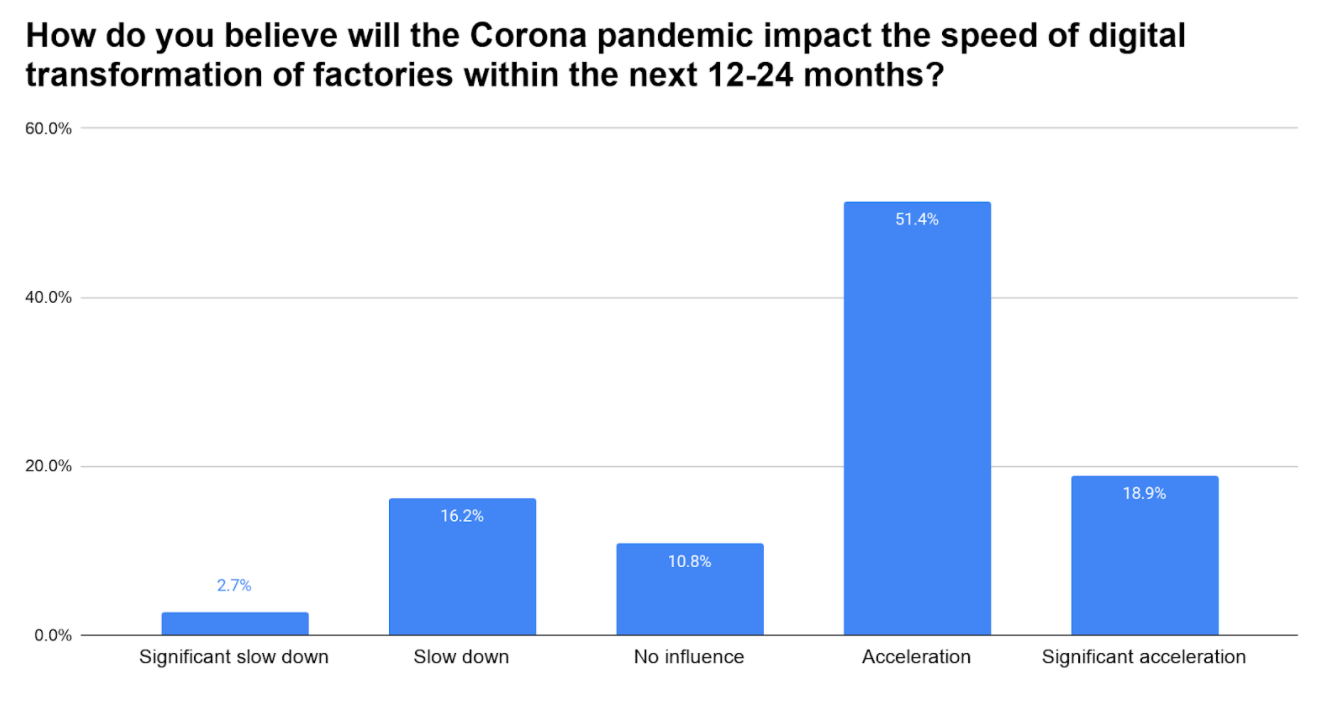 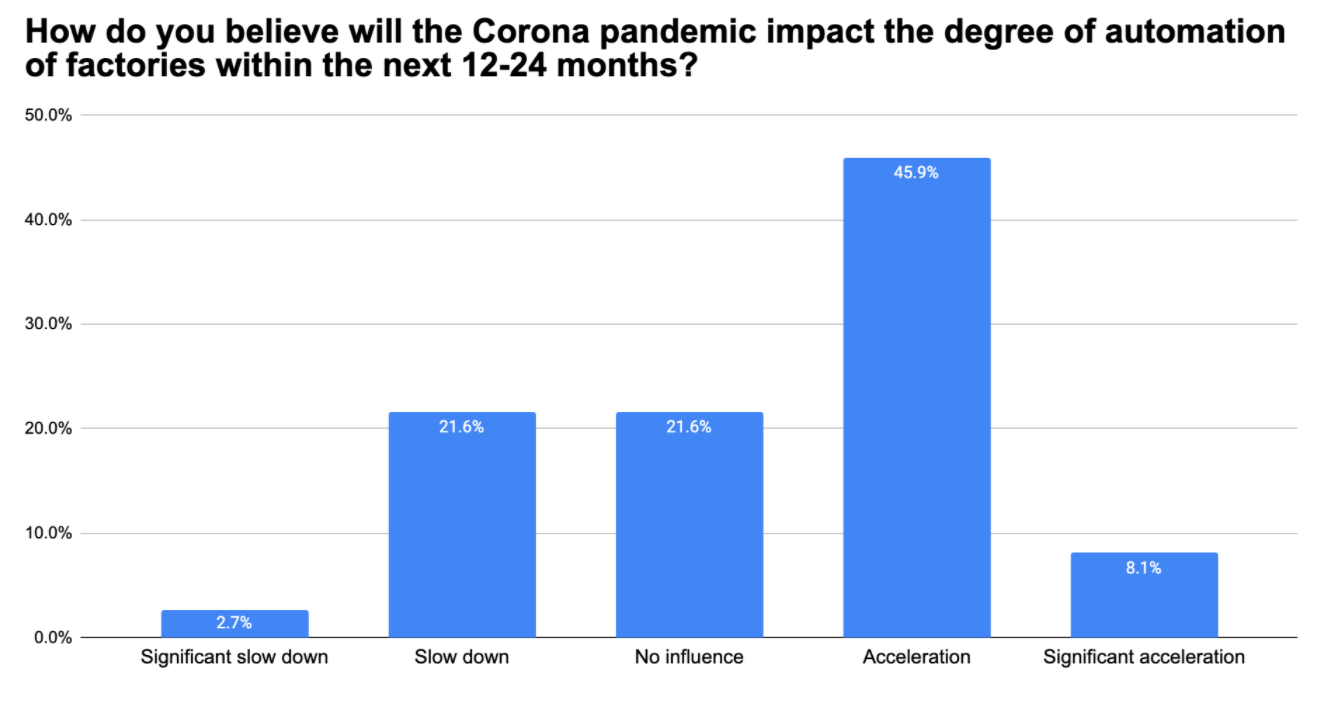 Corona will also affect the supply chains, who have become much more globalized in recent years and decades, with significant positive effects on the entire world economy. However, the vulnerability of these supply chains has also been felt by the corona crisis. Almost half of the experts think that manufacturing companies in Europe will gradually reshore more locations back to Europe. In order to remain competitive, this will most certainly increase the demand for more automation and digitization in the coming years. 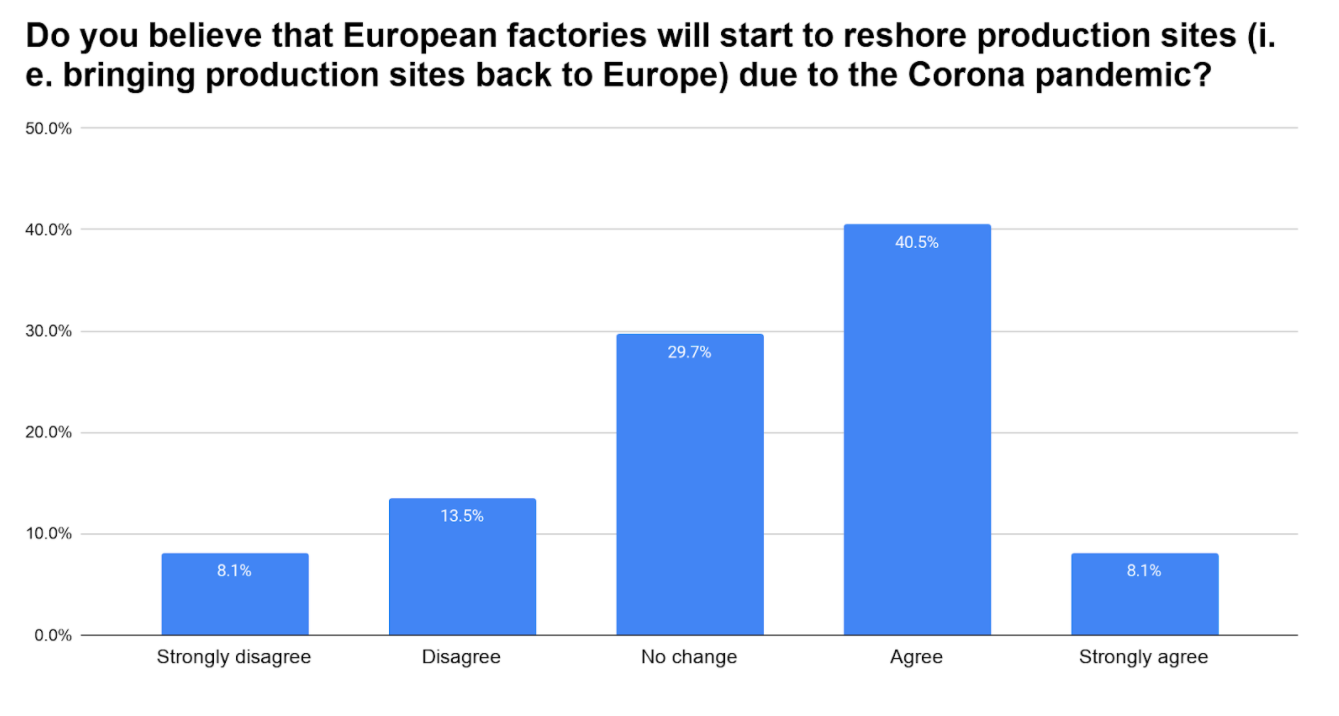